He Sees You When You’re Sleeping 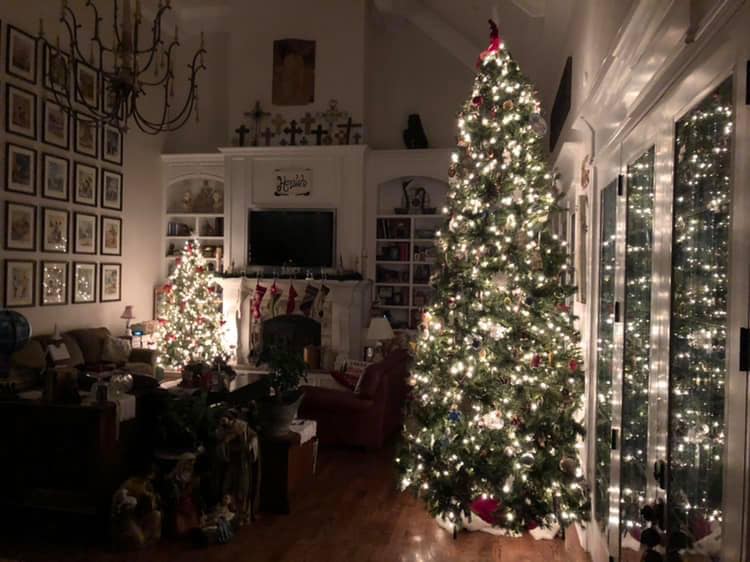 My family and I were listening to Christmas music in the car when these lyrics caught the attention of my 6-year-old son: He sees you when you’re sleeping. He knows when you’re awake. He knows if you’ve been bad or good, so be good for goodness’ sake.

“Mom,” he said from the backseat, “Santa knows everything. He’s like God.”

“No, not at all,” I said. “Santa is just a man. Only God knows everything, and God really does see you when you’re sleeping and awake.”

“Does God know what you’re doing and thinking always?”

“Well, I’m going to pray and ask God to know everything, too,” he said.

If only Ben could realize at his young age the difference between knowledge and wisdom. None of us can know everything—not Santa and not a six-year-old. But even if it was possible, knowledge without wisdom has little value. It’s like a millionaire who has no idea how to invest his money—a sure path to poverty.

I encouraged my son to look to a better Christmas mentor—the three wise men (Matthew 2:1-12). The three men lived by knowledge, but they were guided by wisdom. Their knowledge saw the signs of a king, but wisdom set their hearts to find Him. Knowledge helped them follow the signs to His location, but wisdom told them to bow their knees and offer their greatest gifts.

The old saying is true, “Wise men still seek Him.” And thankfully, we don’t have to be geniuses or wise men from the east to have wisdom. The Bible promises God will give wisdom to anyone who asks. James 1:5 says, “If any of you lacks wisdom, let him ask God, who gives generously to all without reproach, and it will be given him.”

Second Chronicles tells the story of one special young man who was told by God he could ask for anything, and it would be given to him. He could have asked for riches or a successful, powerful kingdom. He could have asked for long life or to be the most beloved person in the world. Instead, he asked for wisdom and knowledge, and as a result, God said, “Because this was in your heart … wisdom and knowledge are granted you. I will also give you riches, possessions, and honor, such as none of the kings had who were before you, and none after you shall have the like” (2 Chronicles 1:11-12).

That young man was Solomon, the wisest man who ever lived.

Do you wonder how your kids would respond to God’s offer? If it’s anything like their Christmas list, I’m afraid my kids would fail the test. What if this year, we encouraged our kids to make a list of character traits for God, with wisdom at the top? And then we sat down with them and prayed these blessings over our children, teaching them to ask God to give them these intangible gifts.

Think of the possibilities for change in the world if an entire generation of wise men and women looked for the signs and followed the King of kings in order to see His face and worship Him. This Christmas let’s follow in the footsteps of those wise men that have gone before us.