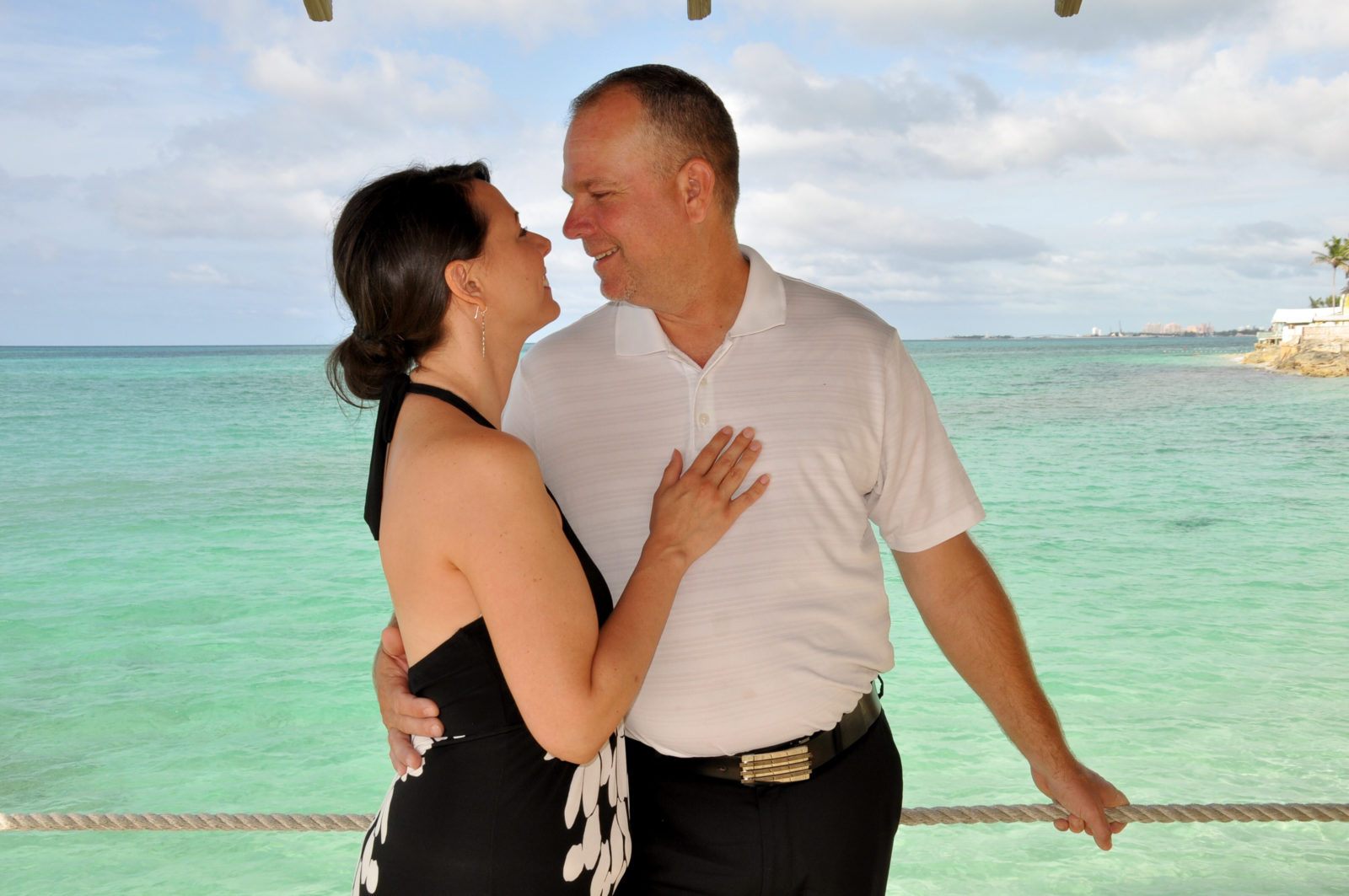 I have magic feel-good fingernails. I know this because my late husband, David, told me so.  Every time I scratched his back it was like taking him to the spa. “Someone should invent a way to duplicate your nails so all husbands can feel like this,” he often said. Naturally, I thought I had the key to what makes a man feel blissfully relaxed.

I was widowed three years when I started dating Robbie McDonald. Not far into our relationship, he came over feeling tired and stressed. It was the perfect scenario to show off my talented fingernails. I put his head in my lap and began to scratch his back. He squirmed and shook my hand off. I moved to another place. He kept squirming. Finally, he said, “Ok, that’s enough. I can’t take anymore.”

His reaction surprised me, and I suddenly felt hurt and rejected. I was expressing affection, and Robbie didn’t like it.

Those kinds of seemingly insignificant interactions are the building blocks of relationships—ways of giving and receiving love, working through differing expectations and priorities. It’s hard enough in a first-time marriage to bring two lives together, but in remarriage it’s almost like bringing four lives together—a man and a woman and the influence of their previous spouses—so it takes a lot of work to interpret and re-learn verbal and non-verbal communication.

As a widower himself, I found in Robbie a man who understood parts of me that no one else could comprehend. That’s the kind of bond that moves things quickly, so we married within six months, which left little time to discover our differences. I knew that a man with Robbie’s character would make a good husband, and I wasn’t disappointed in that. He is kind and tender-hearted, and he listens to me, considering my happiness always.

My old life was over

But I was quite surprised at how differently Robbie and I interacted compared to my first husband and me. I actually went through a grieving period the first weeks of our marriage because I came to another level of understanding that my old life was over. There were foods that I loved to cook for David that Robbie didn’t like. There were expressions of love that I was used to hearing that Robbie didn’t say. David was gregarious and opinionated, while Robbie is quiet and accommodating. I had to learn the meaning of his facial expressions and non-verbal communication, which were often completely opposite of what David would have meant by the same looks and actions.

I remember our first week back from our honeymoon, Robbie was so quiet; I felt like he hardly talked to me. One night I was in tears lying next to him in our bedroom. Then he broke the silence with a loud sigh. I cringed with the darkest expectations. But when I asked, “What’s wrong?” I was shocked at his reply. He lovingly and warmly expressed, “I’m just so happy.” What?! All day long I was reading his body language, and it seemed anything but happy to me!

Robbie has had his share of adjustments too. He and his first wife, Kari, were married for 22 years, so he was quite settled into her particular routines. Kari made all the decisions about what to eat for dinner and plans for the weekends. But I wasn’t used to doing that. She was also much more accepting of Robbie’s quiet personality. I created a lot of pressure for him, which frustrated him at times until I was better able to understand his temperament.

A web of relationships

As our lives continue to adjust, the Holy Spirit repeatedly reminds us that the first years of marriage are a time of growing. Remarriage is particularly difficult because there are more than just two people involved; the children matter too. Imagine a string attached from each person to all others in the immediate family. In our case, with two parents and four children (five, counting our daughter-in-law), that’s six strings coming from each person! That’s an entire web of relationships, quite different than newlyweds in a first-time marriage.

First, everything takes time. Ecclesiastes 3:1-9 is a beautiful explanation of the ebb and flow of daily living. It’s especially powerful when read within the context of remarriage. The process involves both letting go of the past and embracing the gifts that come with a new life. These are just a few:

Time is the key ingredient of blending two families. Like letting dough rise, there’s no way to rush it. The waiting allows for the necessary process of experiencing both sides of this Ecclesiastical list, and the hard work pays off as God promises—He makes “everything beautiful in its time” (Ecclesiastes 3:11).

Second, we must be open to embrace traditions and expectations from both sides of the family. Philippians 2:3-4 says, “In humility count others more significant than yourselves.  Let each of you look not only to his own interests, but also to the interests of others.” Stepfamilies often start out looking like a football game—each family has learned to perform under a different coaching style and works from a custom-made playbook. The only way to become one team is to stop the game, release the pride of winning, and learn from one another.

To love my husband and stepsons with the love of Christ means I can’t just disregard their family history, but I must also embrace parts of it as my own. For example, at Christmas, I utilized most of the decorations from Robbie’s house, and we discussed the traditions his boys were used to keeping. Not everything could be done for time’s sake, but I worked hard to include as much as possible.

Throughout the year, I ask them stories about Kari and try to see things from their perspectives. Understanding where they came from also helps me know who they are now. I don’t try to recreate Kari’s home or take her place because God has established a new home. But parts of the new foundation come from what we all bring from our pasts.

Third, grace is amazing. In such close family relationships, people are going to get their feelings hurt. Add to that the inevitable misunderstandings that come with blended families, and emotions can get raw. But grace allows us to keep loving each other, giving the best of ourselves, and working to grow together—even when we don’t deserve it.

Hebrews 12:15 says, “See to it that no one fails to obtain the grace of God; that no ‘root of bitterness’ springs up and causes trouble…” Marriage is full of disagreements, but that’s not the problem. The real troublemaker is when justice reigns supreme over grace. It’s justice that calculates rewards and punishments, and that’s when bitterness creeps in. But grace always rewards, even when it isn’t earned.

That doesn’t mean you shouldn’t argue or you should always give in to your spouse. Actually, sometimes the most grace-filled thing you can do is fight. One night I stated an opinion that made Robbie very upset. I was stunned at how he responded.

My initial reaction was to say nothing. Justice was telling me that it was his place to apologize. After all, I had every right to my opinion! But I could feel the root of bitterness settling in, so I purposefully started a messy battle. It turned out (two hours later) that the way I stated my thoughts sounded to him like I was calling him stupid, which was not my intention. In the end, my bitterness was replaced with grace.

Learning to communicate in a new marriage is not for the faint of heart. It takes a lot of patience and hard work and grace, grace, grace. But if you can appreciate and explore your new family members like a charming foreign culture with rich history and traditions, life is much more pleasant. As we look through the lens of Christ and not through justice, God will bring out the beauty as He promised in His time.