Losing a Spouse is for Life 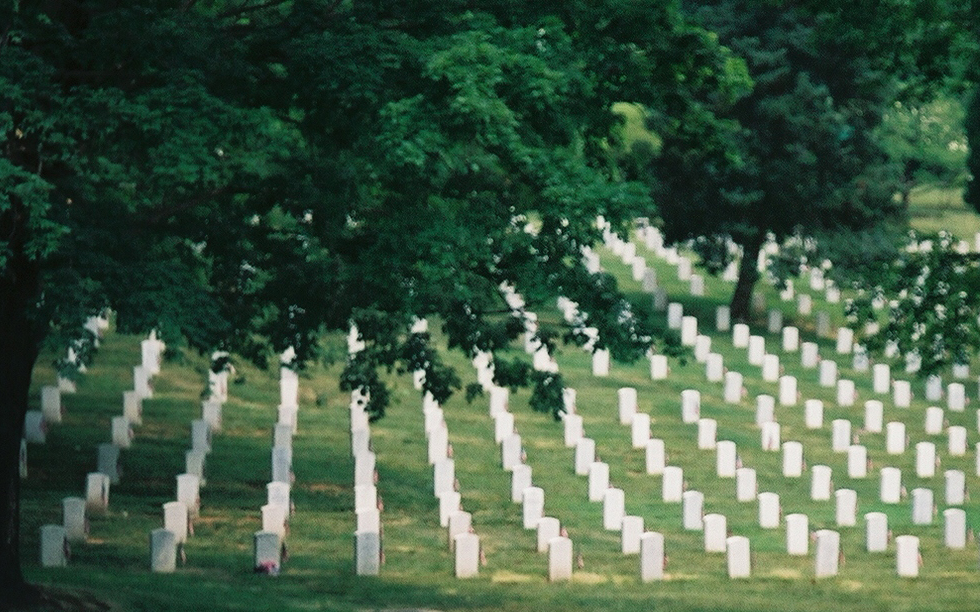 I was only married to David Beasley for seven years when he was struck and killed during a work trip. When the seventh anniversary of his death arrived, it overwhelmed me to consider he had been gone as many years as we were married.

I shared the irony with my seven-year-old daughter, Katherine, who was only three months old when he died. Wide-eyed, she looked at me and asked, “What did David sound like?” It dawned on me that since I married my new husband, Robbie, four years earlier, I was so focused on blending our family, my kids had never seen a video of their biological father.

A Day to Remember

It happened that on the anniversary of David’s death, Robbie planned to be out of town. So, I invited my mom, dad, David’s sister and her family, and the kids to celebrate the day by watching home videos.

At the last minute, however, Robbie’s trip got cancelled. He would have to sit through home movies and mourning a man he didn’t know. But because Robbie lost his previous spouse to cancer, he graciously understood and joined us.

Everyone gathered in anticipation as I prepared the DVDs for our large screen TV. I couldn’t wait to see the look of curiosity and wonder on my children’s little faces, who were seven and nine. This was their daddy. They would finally get to hear David’s voice, see his goofy expressions, and hear his deep belly laughs. They could see the way he doted on them as babies and cared deeply for their mom.

Everyone went quiet as the old video buzzed on the screen. Suddenly, there he was—the face I loved so much, the father of my children, my long-lost friend. I cherished the glimpses through windows to the past and soaked up his countenance, reliving each memory in my mind. After a few minutes, I looked over to see the response of my children, but they were already gone, playing with their cousins.

I called them, not sure if they understood who was on the screen. “Kids, that’s David. Didn’t you say you wanted to hear how he sounded?”

Katherine came around the corner. “Yes, but I heard him,” she said.

I was confused by their lack of interest. Was it healthy? Should I force them to watch? What did it mean?

And then Katherine cried out with delight, “Daddy! Daddy!” But she wasn’t talking about David. She was calling Robbie.

The man on the screen was just an ancestor to her, like a great great grandfather—interesting but not life-changing. She got all she needed from a five-minute glance. The man on the couch was her Daddy.

I was happy and sad all at the same time. I felt overjoyed that Katherine had Robbie, a father like David wanted her to have. And I felt disheartened that it wasn’t him. David wanted more than anything to be the best dad in the world, having been raised by a widowed mother who never remarried. But God had a different sovereign plan.

Right after David died, I remember people trying to console me saying, “You’re so young. You’ll get married again.” But that didn’t comfort me because it wasn’t marriage that I missed. It was David. Marrying someone else wouldn’t bring him back, and it didn’t.

This year, it will be ten years since David’s death. I’ve been married to Robbie almost seven, and it’s better than ever. We’re happy, well-adjusted, and my kids are, too. I wouldn’t trade my blended family for the world. But that doesn’t mean I don’t still miss David.

A Lesson of Grief

There are many lessons I’ve gathered on the journey of grief, and one of them is this: The heartache of death lasts a lifetime. My kids may not grieve their loss. They don’t even feel it. But I grieve for them, and I grieve for David. My heart breaks that he will never take his girl to the daddy/daughter dance or walk her down the wedding aisle. He’ll never teach his son to play basketball or cheer for their favorite team from the stands. He’ll never hold his grandbabies or feel the pride of well-adjusted adult children.

But in my moments of melancholy, I remember I serve a God who restores. Death is a vicious enemy, and it has temporarily stolen the precious moments that belong to a father and his children. But God promised to “restore to [us] the years that the swarming locusts has eaten …” (Joel 2:25). Because our Savior lives, David lives. Because our Savior lives, my children and I will one day join him in heaven.

Until then, my heart will toggle between the glory of God’s provision and the agony of loss. Solomon said it best, “For everything there is a season, and a time for every matter under heaven … a time to weep, and a time to laugh; a time to mourn, and a time to dance…” (Ecclesiastes 3:1, 4). When I’m sad, I let myself be sad. And when I’m happy, I let myself be happy. Sometimes that happens at the same time. And God is with me in these moments, whispering His promises that the best is yet to come.

I look forward to that day when I can be with all my loved ones, including David and Robbie and all the rest who have filled my life with such blessings. In that place, there will be no more tears, no more sorrow, and I can stand before God face to face and thank Him for all that He has given me, even in the midst (and because of) such great loss.