I’m Glad They Stayed Together 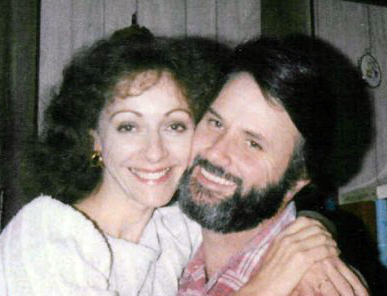 Everyone was particularly chatty the night my husband and I went to my parents’ house for dinner. The pre-dinner conversation was filled with stories from years gone by. We brought up a bunch of “remember whens,” and we all enjoyed reminiscing and bonding together as a family.

Something was said that jogged my memory of a childhood trip to California to see my mom’s family. I couldn’t recall the exact details, so I was soliciting their help with their own memories. All I could remember was that it was the trip when Daddy wasn’t there.

“Oh, yes,” my mother casually replied. “That was the time I was leaving your father.”

The way she said it, you would think she was talking about going to the grocery store or taking a walk. But I was shocked! Why was this the first time I heard about it? That was decades ago, and I had only just found out.

“Yes, I had decided that enough was enough, and I was leaving him,” she said.

Well, that was fine for her, but what about us kids? Didn’t we have a say in it? She had thrown us on a plane under false pretenses (i.e. taking a trip to see our grandparents), and she was planning to keep us there for the rest of our lives!

She continued, “But when I got there, I missed him so much, I realized I just couldn’t live without him, and I had to come back.”

Don’t get me wrong. I knew that my parents had had some problems in their marriage, some hard times like all marriages, but what came as a surprise to me was the fact that they were that close to splitting up.

My life flashed before my eyes. As I watched the slide show clicking through my childhood memories, I couldn’t help but ask myself, How different would my life be if they had decided to go their separate ways?

As I sat there thinking about all these precious memories, I told myself, I’m so glad they stayed together. My parents didn’t have to stay married. At the time, divorce was growing; women were claiming their independence. They could have taken the easy way out, but they chose to stay committed because it was the right thing to do both in God’s eyes and for the health of the family.

I know what they went through was hard. I’ve heard them talk about their past pain and hurt, and I really don’t blame them for having second thoughts. But now that we’re in the future and the major problems have been worked out, we all agree, including my mother and father, that it was worth the sacrifices they made to stay together.

If you were to see my parents now, it would be hard to believe they were once contemplating divorce. They now use the struggles they had in the past to help others see there is hope, no matter how difficult the marriage.

Yes, my mother and father still argue. They’re still different as night and day. But they’ve learned to appreciate each other’s strengths and weaknesses. It’s sweet to see them sneak a kiss and a squeeze when they think no one is looking. It makes me sad to think they almost missed those moments.